This summer, we’re partnering with our friends at Budweiser to support Folds of Honor, a veteran’s charity that provides scholarships to the families of fallen and disabled veterans. When Budweiser offered us the opportunity to support a charitable initiative on a larger scale, we were 100% on board. Through its “Proud to Serve Those Who Serve” campaign, Budweiser is donating half a million dollars to veteran’s charities this summer, bringing their total since 2011 to over $14 million. Much of that donation is coming through strategic partnerships with hospitality companies like ours.

This partnership includes a donation for each case of Budweiser we sell, as well as co-branded Americana-style t-shirts we’re selling for $20 with 100% of the proceeds going to the charity. 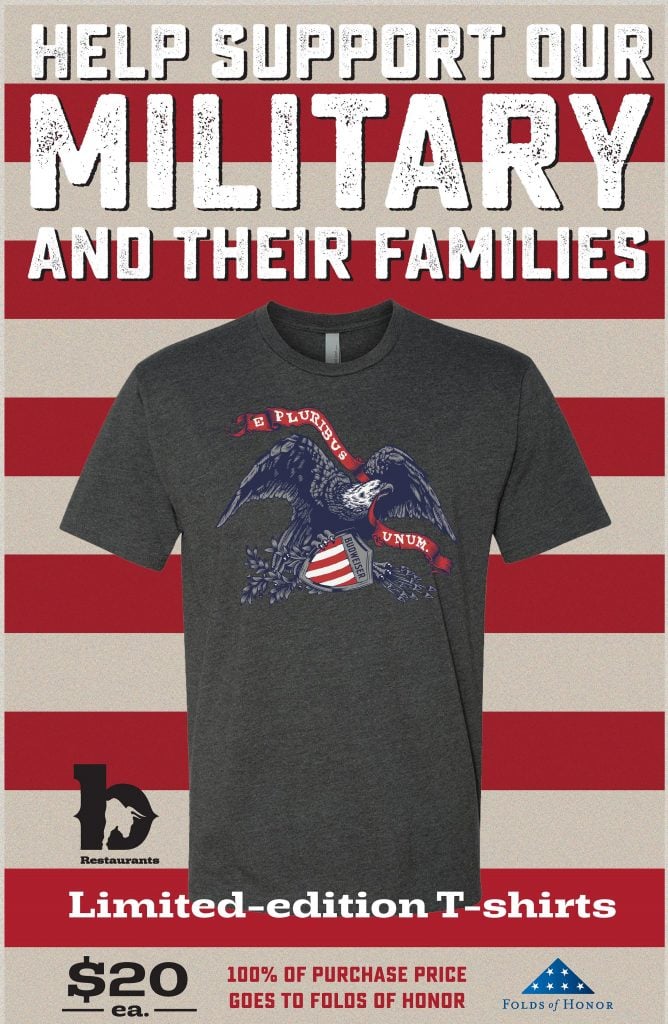 In addition to the donations coming from the restaurants, we wanted to do something special for our local veterans. We figured there’s nothing more American than baseball, so we decided to host a “Vets Day Out at the Ball Park”.  The veterans were nominated for the event by friends and family members.

On Sunday, May 6, the vets and guests enjoyed a pre-game lunch at our sister restaurant – Butchers & Bakers – and headed to at Dunkin Donuts park in Hartford to watch the Yard Goats take on the Portland Sea Dogs. One of our veterans, Brendan Boyle even threw out one of the first pitches! Despite starting off the day with rain, we were lucky enough to have clear skies for the game.

Even though they served in different branches of the military and came from different generations, there was a sense of true comradery among the veterans, and we were honored to be a part of it. 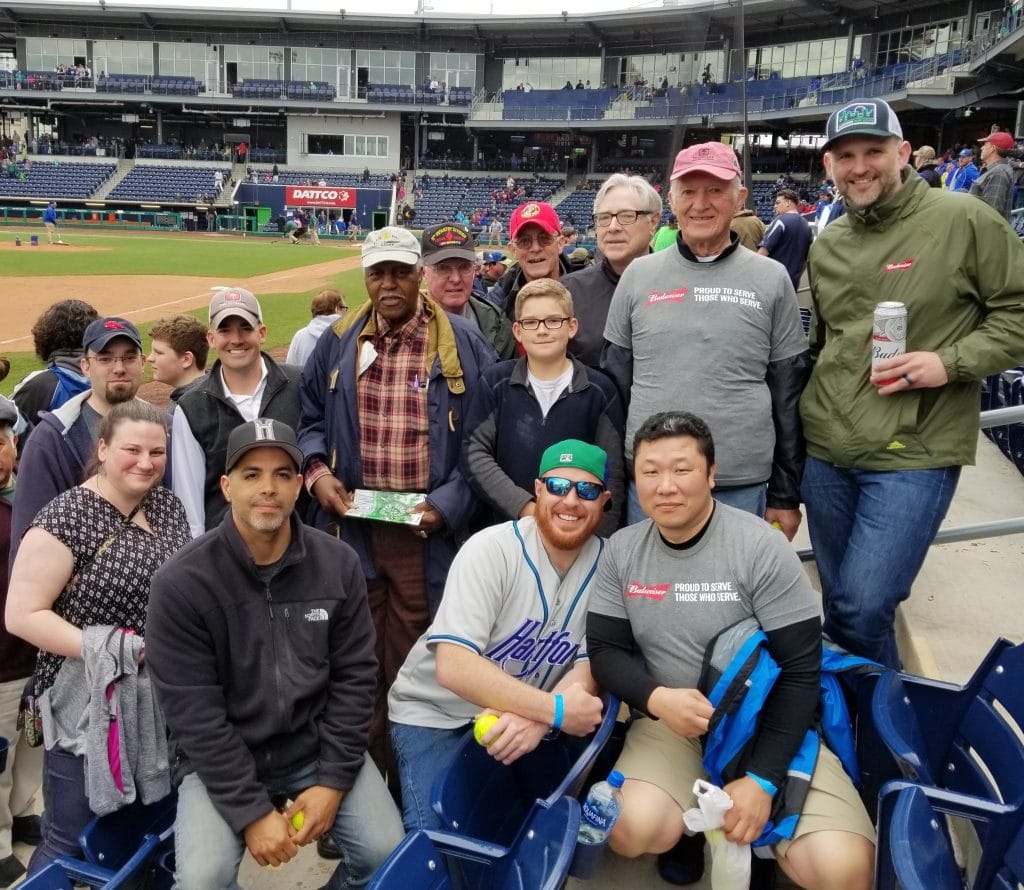 Learn more about Folds of Honor at www.foldsofhonor.com

One thought on “Burgers, Buds, and Baseball”